Components of a Candle 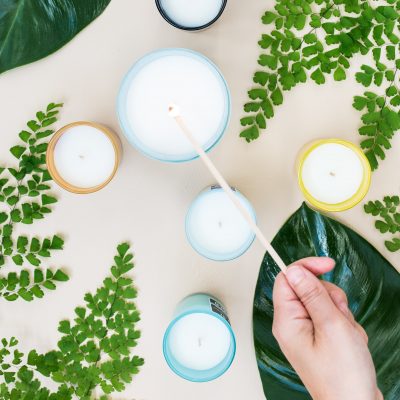 Over the centuries, candle fuels have been developed from fossil sources and a variety of fats, oils and waxy-like substances derived from animals, insects, plants and rocks.

Candle fuel is often called candle “wax”, but only some of the fuels that are used nowadays actually are waxes, like paraffin wax or beeswax for example.

Scientists consider “wax” to be a generic term for classifying materials that have the following characteristics:

Waxes are widely used throughout the world for a range of applications, including packaging, coatings, cosmetics, foods, adhesives, inks, castings, crayons, chewing gum, polishes and – of course – candles.

In China, beeswax was used for candles as early as the Tang Dynasty (618-907 A.D.), and candle fuel derived from the Coccos pella insect had been developed by the 12th century. Extracts from tree nuts were used to make candles in early Japan, while in India they boiled the fruit of the cinnamon tree for candle fuel.

Beeswax was introduced to Europe in the Middle Ages, but was rarely used in homes because of its great expense.

Tallow was the typical everyday candle fuel used in Europe and the Americas until the 18th century, when the whaling industry stimulated the development of spermaceti wax, a clean-burning, low-odor wax derived from the head oil of the sperm whale.

Spermaceti remained the primary candle fuel until the mid-1800s, when stearin and then paraffin wax were developed. Stearin, based on extracting stearic acid from animal fatty acids, was widely used in Europe. Paraffin wax, developed after chemists found a way to remove the naturally-occurring waxy substance from petroleum during refining, became the standard candle wax in the Western Hemisphere.

During the latter half of the 20th century, several synthetic and chemically synthesized fuels, including gels, were developed largely for specialty candle uses. Two vegetable-based candle fuels – soy and palm – were developed for commercial use in the candle market during the late 1990s by hydrogenating soybean and palm oils, respectively.

Paraffin is still the most frequently used candle fuel on a worldwide basis today. Hydrogenated vegetable oils and stearin, mostly from palm, soy and rapeseed, have become much more important however. Animal-based stearin is mostly used in Northern Europe. Beeswax is also used around the globe, although in significantly smaller quantities due to its poor availability. 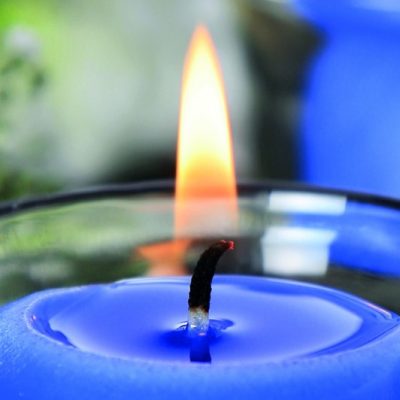 Most consumers usually think of a candle’s shape, color or fragrance as its most important element. However, the wick also has a very critical role.

There are literally hundreds of different styles and sizes of wicks. The type of fuel used in a candle, as well as the candle’s size, shape, color and fragrance materials all impact the wick choice. Selecting the correct wick is critical to making a candle that burns cleanly and properly. Reputable candle manufacturers take great care in selecting a wick of the proper size, shape and material to meet the burn requirements of a particular candle.

Most high-quality wicks are made from braided, plaited or knitted fibers to encourage a slow and consistent burn. In general, wicks can be divided into the following major types: 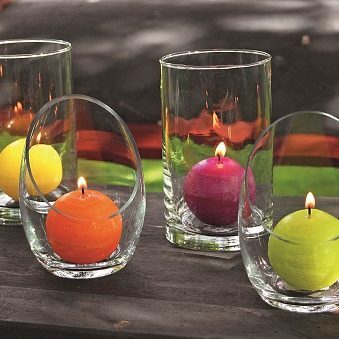 Candles are available in a seemingly endless palette of colors, from luminescent shades of ivory and pastels to deep rich jewel tones, metallics and chromatic layers.

The two most important factors for influencing consumer purchasing decisions, color and fragrance, are closely linked. In fact, research has shown that consumers expect the color of a scented candle to mirror their psychological perception of the fragrance. A cinnamon-scented candle, for example, is expected to fall somewhere in the red-bronze palette, while “mountain breeze” draws expectations of a candle in the pale blue or green shades.

Reputable candle manufacturers must combine the art and beauty of color with the science of candle formulation to develop aesthetically pleasing candles that will burn properly and safely. Selecting the proper type and amount of colorant to use in a candle will vary according to the type of fuel, wick and fragrance used in formulating the candle.

Available in both liquid and powder form, dyes give a candle its translucent color. Dyes also provide the candlemaker with a large degree of control over a color’s shade. Because dyes are easily combustible, they will not clog a wick, and generally have a minimal effect on the burn performance of a candle with color.

Pigments are microscopic, suspended color particles that create a solid wall of color, similar to paint. They do not dissolve, migrate or “bleed,” and thus are not as susceptible to color fade as dyes.  Some pigments might clog a wick if burned.  This makes them unsuitable for a candle that is colored throughout and meant to be burned, but useful for coating the outside of the candle.

High-quality pigments and dyes are safe when used as intended, and there are no known health concerns with either type of colorant.

Reputable candle manufacturers work closely with colorant companies to develop color formulations that will match the burn characteristics of the candle and provide the exact desired shade.

The addition of colorants will not cause a properly-formulated candle to soot. Sooting is primarily a function of wick length and flame disturbance.

Candle dyes can be affected by heat, light, fragrance and other agents in a candle. These harmless reactions can slightly alter a candle’s color over time, but will not affect the candle’s burn properties or safety. 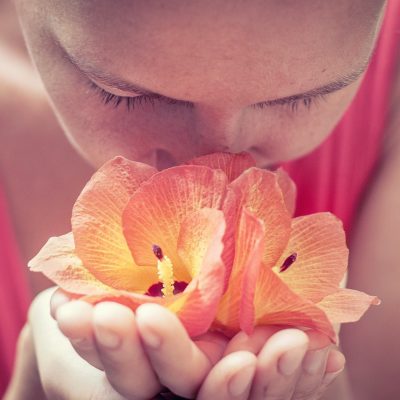 The addition of fragrance to a candle formulation is becoming increasingly popular with European consumers.

Candle manufacturers work closely with fragrance companies to develop scented formulations that are not only pleasing, but will burn safely and properly.

Candle manufacturers can select from more than 2,000 aroma chemicals and essential oils to develop scents that are both pleasing to consumers and compatible with candle use. These fragrance materials are safe, high-quality ingredients that are also found in many perfumes, bath soaps, lotions and shampoos.

Various health and safety tests are conducted on the raw fragrance materials that are used in candles and other consumer products. Reputable candle manufacturers use only expertly-formulated fragrances specifically approved for candle use.